BORAMEY – GHOSTS IN THE FACTORY 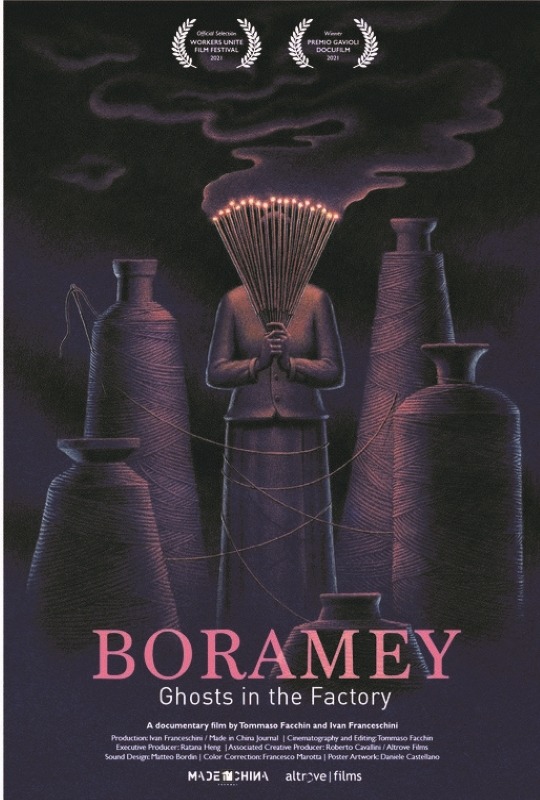 Sreyra, Ponler, and Sreyven are three young garment workers in Cambodia. Day after day, they produce clothes for the most important global brands, until something exceptional disrupts their routine: suddenly they pass out in the workplace, an event that is followed by their colleagues fainting en masse. Episodes of mass fainting like these are not uncommon in Cambodia, where labour conditions remain harsh. According to trade unionists and government officials, this is caused by long work hours, high temperatures, and malnutrition. However, workers tell a different story: what happened to them is caused by spirits (boramey), angered by the lack of respect shown by the factory owners. Starting from this enigmatic background, Boramey: Ghosts in the Factory offers insight into the lives of Cambodian garment workers at the intersection of work, religion, family, and spirituality.