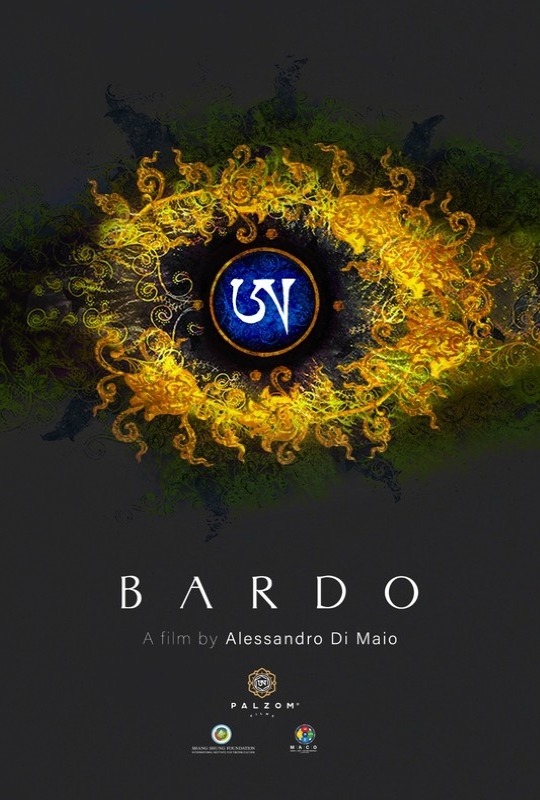 Bardo in tibetan means intermediate state, and indicates the condition of transition between two states. This film is a journey that reflects on the concepts of Life and Death, of Transition, of Life as a Dream, and of all the illusions that manifest in our lives. It is an invitation to connect with a deeper sense of understanding, found within the space between each sound and image. The audiovisual stream becomes a resonating bridge to the Unseen and Unheard, to a knowledge we know exists, but of which we are habitually unaware. There is an alternative way of experiencing this film, which is to watch it twice, first blindfolded, and then with eyes open. By removing the sense of sight the first time, much more attention is given to the sound stream. Stripped of their ability to “see” outwardly, the audience gains space to picture moments and memories according to their own sensibility. This internal manifestation, this dance of light and color that occurs in the “mind’s eye” in reaction to the soundscapes, becomes a shadow-play of subconscious imagery, replacing “the real” imposed by the eye, by “the possible one” suggested by the ear. As such, the ear becomes the new “sensitive eye”, one which is born out of the enhanced combination of external sounds and internally perceived light. The sound will break this light into rarefied shadows, and will introduce the listener to one of the main topics of the film: reality, as we know it, could be nothing but a dream.