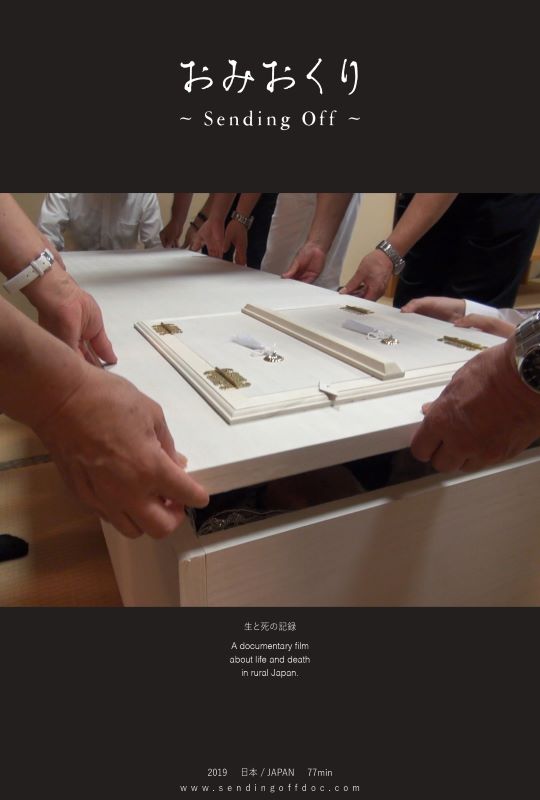 Sending Off is a gentle film about the end of life. Filmed over ten months in rural Japan, director Ian Thomas Ash documents a home care doctor as she and her team provide hospice care for residents of a village who choose to pass away at home. The changing seasons provide a backdrop to the deepening relationships the patients form with their families as they reach the end of their lives. The trust the director formed with the medical team and patients is reflected in the often surprising level of access granted to the camera. The film has been described as being both “emotionally charged… makes us question our own attitude towards death and aging” while also having the power to “take away the fear of death.” Sending Off was named Best Documentary at the 2019 Nippon Connection, the largest festival of Japanese film in the world.
This film contains images around the dying and the dead that some might find disturbing. Viewer discretion is advised.