NIKOLA TESLA, THE MAN FROM THE FUTURE 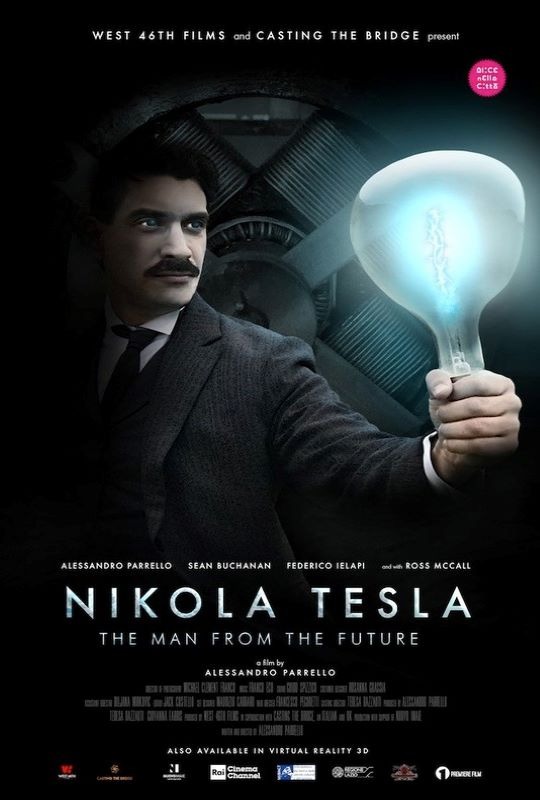 New York, 1888. The visionary inventor Nikola Tesla, who migrated to USA in search of luck, is about to deliver his first landmark lecture at the American Institute of Electric Engineers, to present his innovative Alternating Current motor system. Before the show, the rich businessman George Westinghouse meets Tesla in the backstage, offering him a huge amount of money to buy his AC patent, because he believes that it will change the world. The two have a deep and quantic confront but Tesla doesn’t seem to be interested in money. Although during the demonstraiton, something magical and unexpected happens that will mark a big change in our modern World forever. Is Nikola Tesla just an magician or a visionary genius?